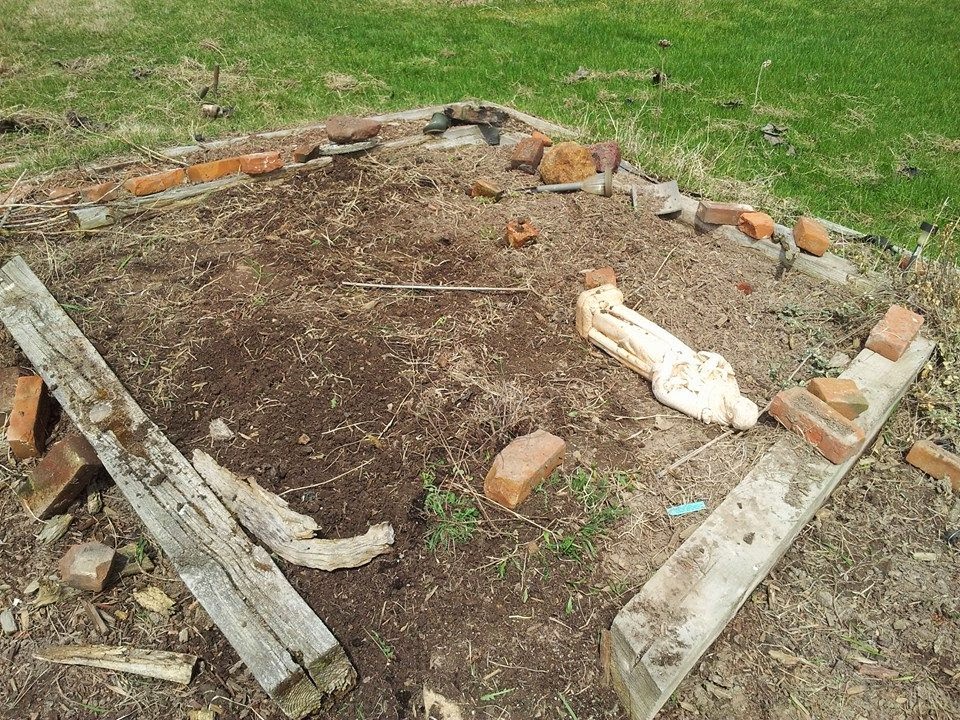 Barring introduction by aliens or an industrial accident, the superhero whose special powers I could replicate is Mystery Men's The Shoveler. With the exception of one very big plot done with a Bobcat, all the gardens at the two homes we've owned have been created by me with my trusty yellow-handled spade bought in the mid-90s for $20. In our gardening ventures, my wife is the brains, I am the strong back.

Most recently, we've decided to make an above-ground garden, previously devoted to flowers, a vegetable garden. This required my not only weeding it but digging up the black plastic we had laid under the soil years ago (possibly a decade ago). It took a little over a week and a half; after I started and got half-way done, it rained for nearly a solid week, which made weeding easier but tugging the plastic loose harder.

It began as a load of soil mistakenly dumped in the backyard instead of on the garden we'd already dug, and to quote the sainted Arlo Guthrie, "instead of bringing that pile up we threw ours down." We had a number of railroad ties that propped it up and dozens of bricks to hold them in place until they were solid. It's served us well in the ensuing years, and St. Francis has watched over it peacefully. But with only a few exceptions, you can't eat flowers, and we're ready to make it more utilitarian.
Posted by bobby sneakers at 4:53 AM