on being a shit-stirrer 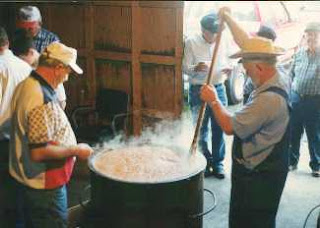 This morning I was engaged in an argument with someone on Facebook about my stance on Black Lives Matter, and at the end she called me just a person "stirring the shit pot." At first I was taken aback. We were having an argument about things that have an answer-does BLM have a right to protest (of course it does); has the leadership disavowed violence that was done during its protest (yes, it has); is there an objective study suggesting young black men are likelier to be recipients of police violence (yes, there is)?

After reflection I told her she is right. I am a shit-stirrer. Shit doesn't just hop out of the pot on its own. It settles at the bottom where it poisons everyone. Stirring the pot brings it to the surface, where someone can scoop it out.
Posted by bobby sneakers at 10:14 AM