American exceptionalism is a myth 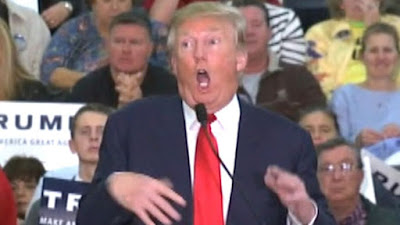 If you had asked me if I am a believer in American exceptionalism, the notion that we are a shining city on a hill, watched over by a benevolent God who directs our national movements and politics in ever-bettering, ever-improving incremental steps toward a great future in which the United States are a model of Good Government for the Best and the Brightest, I would have stared at you incredulously for a moment, then laughed in your face, and said, "No." Certainly, there is a greatness attached to what we call the American Experiment, that we are a determined exercise in democracy seeking to improve ourselves for the greatest number of people, a constantly shifting target that may have started with wealthy white landowners but has grown to include Somali Muslims, Hmong insurance agents, Sikh shopkeepers and biracial same-sex families. That, I'd argue, is a better term and a better place to situate ourselves.

But I've come to recognize that a lot of what I'm upset by in the Trump victory and its attendant Republican ascendancy--aside from the ever-more-obvious Russian influence in the news that, in the personas of James Comey and multiple voter-demoralizing agents like the "They're both crooks!" insistence, identification requirements and broken voting machines that overwhelmingly affect Democratic areas and depress turnout--is that a know-nothing (and don't want to know nothing), white-supremacy supported, misogynistic, reality show businessman with a string of failures and bankruptcies in his wake should be elected to the highest office in my nation in 2016. This should not have happened. Forget the poll results and popular vote. He should have been laughed off the national political stage the moment he chose to mock a reporter. At a rally. Not in a private moment, but in front of thousands of people and cameras. When a child does such a thing, mocking someone's frailty in public, we reprimand him and tell him to apologize. Like scolding parents, many people demanded that. Such an apology, of course, did not happen. Trump and his supporters will not even admit his mockery.

My country ought to be better than that. Exceptionalism is a myth. But working toward exceptional behavior, the refusal to go backward in race relations, equality, and basic manners and kindness, these are what make a city shine.
Posted by bobby sneakers at 4:29 AM