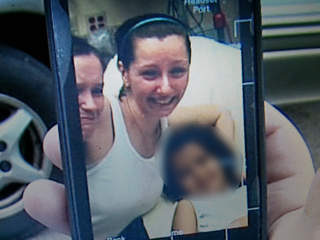 “Lionesses’ Teeth”
Homily presented to the
Dakota UU Church of
Burnsville, MN,
Normally during my celebration of Flower Communion my contribution is a freshly-plucked dandelion.  Taraxacum officinale.  I use it because we all recognize it in its omnipresence, as indestructible as love.
We have yet to see them this year because of the incredibly late winter we’ve experienced—only a week ago my wife and I were stranded because our driveway had sixteen inches of snow unceremoniously dumped on it by whatever malevolent snow-god or whatever sleeping spring-god there might be —but I guarantee you they will be coming and they will be everywhere.  The dandelion is the cockroach of flora.  They existed long before our species rose up from the proverbial swamp and after we return to the dust they will continue to be here.
The name “dandelion,” which I’d always assumed referred to the yellow mane of the flower and its seeming vanity, actually comes from the French dents de lion, “teeth of the lion,” and refers instead to the deeply serrated rosette of leaves that poke up from billions of lawns, in abandoned lots, between the cracks in concrete, in the clefts of mountain crags and skyscrapers, and sometimes tufting out of the useless chimneys of houses where no hearths have burned in decades.  They are perennial and rely on bees and flies to pollinate, and when they’re ready, the wind carries their seeds on tiny parachutes to new places.  Sometimes they fly as much as several hundred meters.  They do not need us at all.
Dandelions are often used as a medicine, usually involved with blood, the liver, and gall bladder.  Its juices aids detoxification and bile flow, promotes lactation and the immune system, and helps reduce eczema and cough and asthma.  The root can be dried and ground up and added to coffee, like its close relative chicory, and the leaves are often delicious in salads (although I’ll admit I have to add a lot of butter to make them palatable).  And most of us are of an age when we have had dandelion wine.
Had Jesus been born in, say, rather than in the , the Sermon on the Mount might have included the following:
Consider the [dandelions,] how they grow; they neither toil nor spin; yet I tell you, even Solomon in all his glory was not arrayed like one of these.
Now don’t mistake all this information for anything like love for the dandelion.  I relish nothing more this time of year than to walk barefoot among my lawns, swiping the heads off these parasites with a few well-aimed kung fu kicks.  There is a deep, satisfying, bottom-of-the-gut joy that comes with yanking a 3 foot long dandelion root from my gardens.  Few things are as pleasurable as watching the beasts disappear under the deck of my lawnmower.  I do not love the dandelion.  I tolerate the dandelion.
Because, try as I might to eradicate it, the dandelion remains as much a part of my life as a part of my landscape.  I cannot escape its existence.  I mow and weed and even spray the lawns, and still they come back up.  That is their unique power.
A story now, a contemporary one, about motherhood that serves to relate how people are like dandelions.  Our relationships with our mothers, with either parent actually, can be pleasant and problematic at best.  I had what I think was a pretty good relationship with my late mother and with my dad, secure at all times in the knowledge that, no matter what, they loved me and wanted nothing but the best for me.  Those among us who are mothers or parents likely have that same assurance that they, too, love their children no matter what.
This week we saw the end of a news story that adds a different, more complex concept to this topic.  I refer of course to the story of the three girls, now three women, in Cleveland, the first of them abducted nearly eleven years ago, the last of them nearly nine years ago, all three found alive and relatively healthy in the home of their presumed kidnapper.
We can have only the barest inkling what Melissa Knight, Amanda Barry, and Gina DeJesus experienced over the past decade.  We should be thankful for that.  Worse perhaps, we are even less capable of imagining what the six year old daughter of Amanda Barry and her captor, whose name has yet to be released, has experienced.  If she is fortunate she herself will retain little memory of what her life to now has been.

[Note:  In illustrating this post I purposely chose a photo in which her daughter's face is blurred.  There are many images available where it is not but I think she should be allowed as much privacy as possible.]

Posted by bobby sneakers at 7:15 AM