"I know the way out" 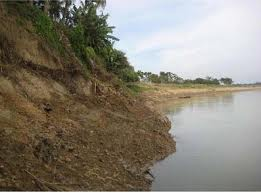 I've used this story several times in sermons and essays. It's an amalgam of two stories I really like, the parable of the good Samaritan and this story from The West Wing. It's an accurate reflection of what I see as our responsibility to one another--to be on the lookout for the needs of others--and of my personal responsibility. As I mention in the original sermon this is from, I'm not as good a storyteller as the Luke writer, so I've added detail.

Guy’s walking along the Red Cedar Trail and he’s not looking where he’s going and he falls down along one of those spots where the ground is soft and he slides almost to the river.  He’s pretty banged up, he thinks, maybe a broken arm, maybe his leg is at an angle a healthy leg oughtn’t to be.  He’s laying there a long time.  When he wakes up he notices the slope is almost perfectly sheer and even if he could get up, about halfway up the sand breaks away and he’d be right back down at the river, hurt even worse.


Dude comes by.  He’s a local teacher.  He’s a good man, responsible, keeps his commitments.  Guy down by the river’s edge, he sees him, waves one pitiable hand at him, shouts, “Hey, brother, can you help me up out of here?”  But the teacher, he’s a jogger and this is his running time.  He’s got his headphones on, doesn’t even hear this guy, he’s not looking down, doesn’t see him waving.  He goes on past.


Guy’s getting pretty nervous.  It’s going to be dark sooner than later and it’s late in the year.  This could be bad.


Another dude goes by, local minister.  He’s a pretty good person, too—everyone in this town is an okay person.  Guy down at the river’s edge waves and says, in a weaker voice, “Hey, pastor, can you help me up out of here?”  But the minister, he’s got tomorrow’s sermon due and he’s taking a walk to clear his head.  His mind’s full of what he’s going to say and how he’s going to say it and he doesn’t hear the guy either.  He just walks on.


Now the guy’s getting really worried.  It’s about and the cold is already creeping up his spine.  He might live through the night from his wounds, but he’s going to be exposed to hypothermia and if he does have broken limbs he’ll probably go into shock and that can be fatal.  He cries a little.


One of the local kids comes by.  Guy down at the river recognizes him.  He used to hang out down by the Acoustic where he sold weed to the college kids.  He got picked up by the cops, cleaned out, spent some time in prison, got his act together.  He’s been out a couple months, has a hard time finding a steady job, the story is he’s been turning tricks to live day to day.


Guy down by the river practically whispers up, “Help.”


Kid hears him, looks over the edge down at him, yells, “Can you move?”


Guy tests himself out.  He can move.  It hurts like hell and he’s going to have some nasty bruises and a scar, but turns out nothing’s broken.  He crawls to his feet and says, “Yeah, I can.”


Kid slides down the cliff to where the guy is.  Guy’s thinking, “Oh man, this kid’s going to rob me!”  He whimpers, “I said get me some help, now we’re both stuck down here.”


Kid puts his arm around the guy and holds him so the guy can stand and walk.  Gingerly, painfully, but he can walk.  Kid says, “Yeah, but I’ve been down here before and I know the way out.”