holiness smiles sleeping under a blanket 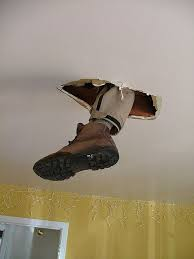 [Instead] of conceiving of the church as bound by the physical space of a church building, we should think of the church as beyond walls. Just as the Occupy movement claimed the power to redefine space and create new cultural forms, the church of the multitude should also imagine creatively and not be bound by rigid traditions. Michael Hardt and Antonio Negri remind us, "The movements of the multitude design new spaces, and its journey establishes new residences." In the Occupy movement, the Jewish Kol Nidr service took place in open air...Jews, Christians, Muslims, Buddhists, and pagans shared the use of space in the faith and spirituality tents. The image of the "tent" reminds us of the moving tabernacle in which God dwelled among the people of Israel, instead of stone buildings with high steeples and stained-glass windows. Occupy Faith uses all the spaces the groups can find, meeting in church halls, university lecture rooms, seminaries, and open park spaces. The protesters have also occupied churches, in the sense that they were housed by churches after they were evicted from various campsites...

With new digital and Internet technologies, we can connect with one another and build relationships that were not possible before. BK Hipsher [writes]: "Now we live in a world where it is possible to experience remote location relationship at a level never before understood in a faith community context. Now we can participate in church from our living rooms..." The virtual environment makes the demarcation of "sacred" and "profane" increasingly complicated. A helpful way is to see virtual reality as multiple worlds, creating possibilities for people to share information, relate to one another, and build online communities in numerous ways. The church may leave a whole new generation out if it does not harness powerful modern forms of communication and visual art forms...Some people may still prefer to see physical bodies gather for worship and for action, but churches increasingly use the Internet and electronic devices to connect with people, to form online communities, and to engage the world...

Instead of "going" to church, we will focus on "doing" church or "forming" church and building relationships. Instead of fencing off Christians from the world, as if they alone are the "holy" people, the church of the multitude is firmly in the world, transforming it to usher in the reign of God...[Dietrich Bonhoeffer wrote], "It is only by living completely in this world that one learns to have faith...In so doing, we throw ourselves completely into the arms of God, taking seriously, not our own sufferings, but those of God in the world." When churches pay more attention to maintenance instead of mission, and when they turn inward and function more like middle-class clubs, the presence of the divine is not felt even in what is supposed to be "sacred space"...

If sacred space needs to be reconfigured, sacred time also needs to be infused with new meanings. Traditionally, Christians have often thought that sacred time refers to Sunday worship, which is set apart from ordinary time. Moreover, salvation history is seen as separate from secular history, such that Christians are told to be concerned about spiritual things and not to bother too much with the temporal order. But Jesus subverted this understanding of sacred time when he said, "The sabbath was made for humankind, and not humankind for the sabbath."

--from Occupy Religion: Theology of the Multitude by Joerg Rieger and Kwok Pui-Lan

I think that Thanksgiving is my favorite holiday. Even when I was a kid, I looked forward to the third Thursday of November as a special time outside gift-giving times like Christmas and Easter and my birthday. I like the food, of course, but mostly I like the getting-together. The sitting down with one another. The breaking of bread and drinking of wine for one great feast.

I have a lot of happy memories about Thanksgivings past--the ones with multiple previously unknown locals who had nowhere else to go and showed up at our massive meal on the floor, the one  in Louisiana with tamales and chili rellenos with the laborer family who'd taken me in, the one near which I witnessed a burial at the Woodstock cemetary that looked like a funeral staged by Arthur Penn, the one when I was a kid and my mom dressed up my sister and me as pilgrims in construction paper hat, collar and bonnet, the community meal in Woodstock where I met my sabra linebacker--but I think the one I like best was when my wife and I were in our second year of living in New York after marrying. We were miserable, living in a converted army barracks dropped upstate without being winterized. We heated the place with an iron stove we'd found for free that smoked so much that when we moved and took up the carpet from the living room, we found a separate layer under it made entirely of ash.

I'd got back in touch with several old friends and I found one of them living in an abandoned barn in New Paltz. I'd been after him for months to come stay with us, but he refused. But he had no plans for Thanksgiving so I said we would come get him and bring him to our place, and he'd at least stay the night. He kept refusing the stay, but I could enforce that easily since we lived ten miles from town.

I don't remember what we had for dinner, it might have been turkey but I doubt it as he's a vegetarian, but I do remember the sight of him curled up under blankets sleeping hours and hours with our little black dog snuggled next to him the next morning. That was the Thanksgiving it rained all day and when I got up into the attic space to try stopping some of the leaks I misstepped and put my foot through the pressboard ceiling. The one before the Easter when I saved up money and bought my wife a dozen Dunkin Donuts and spent an hour putting little paper bunny ears on each one only to wake up Easter morning to find the mice had taken a bite out of each one.

Sacredness, like hell and heaven, is of our own making. Like everyone else, I forget that and have to be reminded, sometimes by books, sometimes by music lyrics, sometimes by dogs or cats laying on my lap, sometimes by a smile on the face of a warm, sleeping friend under a dog. Holiness isn't outside us but what we confer or recognize in others, sometimes in ourselves, and always there. The moments we're reminded of that are sacred. Thanksgiving is one long moment to remind us of that.
Posted by bobby sneakers at 5:30 AM