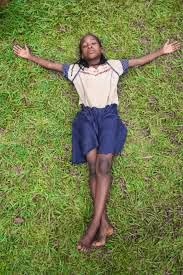 To the extent that, if there is a historical Jesus, he was likelier to look like this than like this; and, as I respect and honor his teachings; and, as I also accept James Cone's theology of a Black God, I already do. But I'm actually talking about a more contemporary black jesus. I'm talking about Aaron McGruder's Black Jesus.

I love The Boondocks, the cartoon series to some extent, but primarily the comic strip, which I first experienced in the later 90s, possibly in one of the paper's out of the hub, possibly in a national magazine, but which I was drawn to like little before. My favorite character is Caesar.I'm sorry McGruder chose to end his strip, prematurely in my opinion, but I can dig it. He was courting controversy, and while I loved him for it, I imagine it's not easy to live that way day to day. In that light, a ten year run is pretty impressive.

MacGruder's new project is Adult Swim's Black Jesus. We don't have cable TV out here, so I try to keep track of it via episodes posted online. The concept, what if Jesus returned as a black man in Compton?, fascinates me (although I think a contemporary Jesus seeking an experience of personhood would live hard and die early as a Chinese single mother). The show tries too hard at times--I can do without the miracles, the robe and crown of thorns, the constant references to his dying for "our" sins (though I agree that, if that's true, we ought to be more grateful)--but I appreciate Black Jesus plays for laughs. It's a satire and sometimes satire has to be played big to be recognized.


I think a perpetually baked, cognac-swilling, "my nigger"-addressing Jesus (though that last makes me cringe every time) is probably accurate to how the historical Jesus would act if he were brought forward to today, and I think the point is that Black Jesus, as he's played by Slink Johnson, ought to be challenging, both to the people in his neighborhood and to us. (And it's also appropriate that the actor playing him is best known previously for his role in a video game.) Jesus' message, in the first century or today, should make it hard for us to live our lives comfortably. When he calls his friends "my nigger," while it makes me cringe, I also recognize the love in the phrase, the acceptance in his "my."

If I was a black man in Compton, would I accept and follow this black Jesus? Hell, yes. If I was a white man who heard about this black Jesus, would I cross the country to find and be with him? I sincerely hope so.
Posted by bobby sneakers at 7:34 AM