Should the president be a role model? 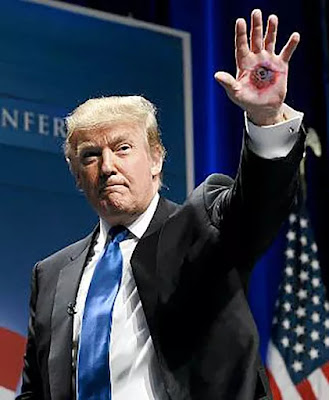 Much longer answer: Since he's assumed office, Trump has gone out of his way to rudely respond to anyone registering the slightest grievance with his policies, his choices for officials, his use of his weekends, even the tweets with which he communicates with the country (and apparently with his staff, since he often announces new and different opinions daily).

But even within his large list of offensive tweets, it's understood that his most recent offensive message heralds a new low point, and probably a new difficulty for those Republicans foolish enough to continue trying to negotiate a channel by which they might actually govern.

In trying to defend his ever-increasing nastiness, his deputy press secretary Sarah Huckabee Sanders suggested Americans might be better off looking to God for behavior modeling than to the POTUS.

Setting aside that God's behavior, unlike Trump's, can't be articulated (some people get long, painful, lingering deaths, others quick ones; some places receive wave after wave of decimating environmental and economic disasters, others simply do not; there is no theology that explains that, only several suggesting we get used to it), there's also the important command, imperative to Christianity, that all adherents try their best to emulate Jesus. Trump claims and has had claimed for him that he is a Christian. Perhaps Huckabee Sanders can explain to us: What aspect of Christ's behavior is he modeling in this most recent tweet?
Posted by bobby sneakers at 5:26 PM