We Have a Kid 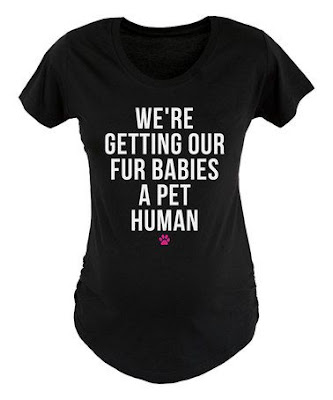 I think a month and a half break from publishing is long enough. During that time, much has happened. Trump's first hundred days have come and gone, numerous scandals relating to said 100 days and earlier have been discovered or uncovered, members of a family were murdered during an argument between a woman and her "bully[ing,] ticking time bomb" of a husband who nonetheless had access to a gun, people were killed by van and knife in London, and a lot of people naturally were killed between May 1 and May 31 around the world in various terrorist attacks. And during this period, we finally took in a foster son.

It was a long process, begun last year. Since, over the years, we have housed up many of my homeless and traveling friends, my wife said, "I think I'm getting the hang of this. Maybe we can have a kid come live with us." We'd talked for years, mostly in the theoretical language we appreciate, of having a teen come to live with us, but now we decided we had crossed the Rubicon between theory and practice and were ready to give ourselves in place of lectures or a little charity. So we began what was, in retrospect, not so bad a process but at the time seemed a huge burden to carry, essentially explaining the way we'd decided to live our lives in such a way that people for whom anything much outside the lines was a line too far (and they begrudged us that, oh yes, they did, keeping us on tenterhooks down to the wire as to whether they would even accept us or not) to be satisfied that we would not assault or eat any teenage children they threw our way. We knew, from the beginning, we would prefer teens as that age is very hard to place, but is the age group with which we were most comfortable.

The Tall Kid is a good kid, 6'4" of opportunity and issues. Like any of us are. Without getting into his history, I will say he's in foster care for the first time, having been placed with different members of his family and being rejected in each case. He behaves well around home, and while there are missteps, they aren't major ones (well, except using my wife's still-working credit card information on her former phone he uses to order sneakers, but we caught that fast and dealt quickly with it. One of the major elements I insist on is that, once a situation has been corrected, that's the last he hears about it, unless he does it again); it's been different at school. There, he's an authority-confronting, teacher-defying frequent user of their In-School Suspension Room, and the day before the end of school his principal called to tell me he had worn out his welcome there and was now suspended for the rest of the school year (which meant, of course, a day and a half).

We are hoping he makes the changes he wants to over the summer before starting high school. We suspect many of the problems at school are attributible to his past behavior and the fact, as someone new to the foster system, and as a Tall Black Kid, he's a focus of attention. At least high school offers  a place for new behaviors. I'm not so naive to assue he suddenly straightens up and flies right. I remember my own teens too well. But I am hoping the new place makes him want to be a different, better person.

I'm reading a book that's 20 years out of date, but is nonetheless one I'm learning a lot from: A Tribe Apart: A Journey into the Heart of American Adolescence, by Patricia Hersch. If nothing else, it gives me an insight into the way his parents might have grown up and why they treated him in the ways they did. Color me hopeful.
Posted by bobby sneakers at 8:19 AM