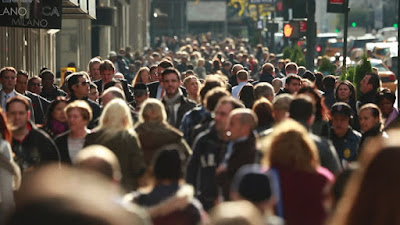 This is an excellent video and explanation for both defining white privilege and explaining ways to use it. If Brittany Packnett is emotional, remember it's her life she's talking about.

It shouldn't be so hard, in 2018, to explain what this privilege is, but it shouldn't be so hard to see how poorly Donald Trump is administering the country, and that's something at least the same number of people refuse to understand. Too many whites focus on the word "privilege," thinking of themselves or their friends, and in their arguments focus on what they can't do. But it's not about what white people can or can't do, it's how they're seen by people with authority.

For better and worse, I often think of this in terms of what I have gotten away with in the past. My years of shoplifting and taking drugs and being drunk in public, and how I was aware I was likely not to be seen as someone who was doing those things. Most black or Hispanic men of the same age could not do so since their simply being there puts the shop owner or cop on a higher alert. It can be a function of just being aware there's a person whose color doesn't blend in with the shades surrounding him. As Packnett puts it, White privilege isn't a blame or an excuse but "a lens to understand how race works in this country, where white people are the default and everyone else has to adjust." It's a condition of the privilege of being seen as just like everyone else, rather than being seen as an anomaly. The same is true of people in wheelchairs or blind people: they stand out by virtue of the majority around them being "normal." For many in authority, it's a real-life game of Where's Waldo. The game is made more serious for both authority and the person singled out because at times both person's livelihood or life is at stake.

But that same normality means it can be valuable to use in bringing attention to how people who aren't white, or aren't capable of blending into the background, face issues the majority are unaware exist. I think here of my old teaching practice of blindfolding students and leading them around by a rope to make them aware how they default to the use of their eyes and not their other senses. In doing so, their writing could be opened to allow in a newer, richer way of describing the world around them. Similarly, being aware how someone benefits from the way he sees the people surrounding him can open him to a newer, richer way of interacting with them.
Posted by bobby sneakers at 6:04 AM