when god was a little girl 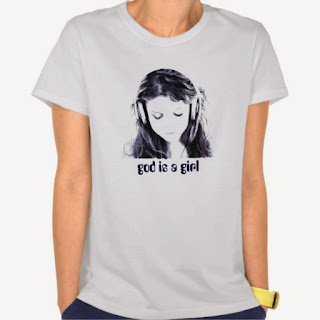 This is quickly becoming a week of Africa-themed posts. Since yesterday's posting about the lyrics for "Preserve Uganda's Future Hope" (which I retitled "Uganda, the Beautiful"), I've come across David Weiss' project for a book called When God was a Little Girl.

It's not a new idea, the femininity of the devine, the matrilineal deity, because truth be told the confluence of the feminine with creation is probably among the first theological thoughts. And as a pantheistic panentheist, it's one I could certainly be comfortable with. One of the most important words David used in his lyrics is the replacement of kin-dom for the more traditional kingdom. This exchange is old hat for many of us already versed in liberal religion, a de rigeur example of inclusive language. But the notion, despite biblical precedent, can be heretical for others more closely invested in patriarchal terminology.

What if, rather than a patrilineal deity, we acknowleded one that was maternal or, more to the point, one that was absolutely sexless or both sexes? A hermaphroditic god is hardly new either, and certainly if we can accept it in clown fish, snails and flowers, we can accept it in our god. Plato may have been onto something in his concept of the origins of love Aristophenes forwards in his Symposium.

But more importantly, what if we rid ourselves of the notion of a hierarchical god altogether, a god that is part of a kin-dom, with all its resultant relational focus intact, rather than a king- or queendom that relies on a higher order of anything? What if we accepted a horitzontal god rather than a vertical one? A god that is not only open to peer-relationship with reality but is co-created as reality expands. Traditionalists might argue against this idea as it can't exist with a reality that is itself created by god, but that only depends on the acceptance that creation is finished, and I just don't think that's true. That revelation is not sealed is a tenet of Unitarianism. We accept the expansion of the universe. Why not the expansion of reality? There's a legitimate argument to be made, I think, that what I'm really describing is the expansion of our knowledge, that I'm guilty of confusing what is with what we understand. But I'm willing to conflate the two, recognizing as well that god's masculinity and vertical ordering of reality is based on information collected a couple thousand years ago.
Posted by bobby sneakers at 3:17 PM