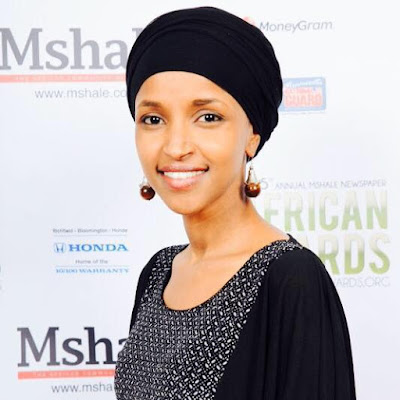 An important element of the American experiment is our dedication to the contributions by immigrants and our celebration of the diversity they bring to the melange of American society. Back in the hub where I used to live, there's been a battle for the opportunity to represent a Minneapolis district in the state legislature. The incumbent, Phyllis Khan, has been in office since 1972. Two challengers, Mohamud Noor and Ilhan Omar, were given little chance at replacing her. However, in the August 8 primary, Ilhan Omar won.

This is significant, not only for Omar and her potential constituents, but for what it means to America. She will not be the first former refugee to become a legislator or the first Muslim, but if she wins she will be the first Somali to serve in a legislative role in American politics, and in a landscape where we ask  whether we have a responsibility to, say, Syrian asylum-seekers or whether the so-called War on Terror is a euphemism for a War on Islam, that is an important voice. This is what makes American culture not only a fascinating experiment but one that's worthwhile as well.

Posted by bobby sneakers at 5:00 AM