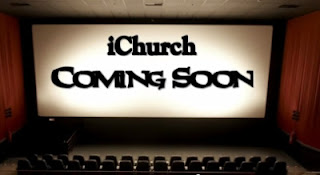 Many of us were drawn to Unitarian Universalism because it seemed to be the church of Emersonian individualism.  We are the iChurch...[My] thirty-seven years in the UU ministry have convinced me that historian Conrad Wright is correct:  "[O]ne cannot build a church on Emerson's dicta: 'men are less together than alone...'"

For all its appeal and its influence in American culture, individualism is not sustaining: Individualism will not serve the greater good...There is little or nothing about the ideology and theology of individualism that encourages people to work and live together, to create and support institutions that serve common aspirations and beloved principles.

These paragraphs, from Frederic Muir's essay "The End of iChurch," reflect an important trend many of us have seen in UUism: I suppose I'd call it the adolescent tendency of UUs.  We want to be unique, to be individuals, to stand out from the crowd, what Muir calls "UU exceptionalism."  And that's great for individuals.  But it makes for a lousy congregation.

If we wanted to start a softball team or a band we'd have to make considerable changes to our individual wishes if it was going to be successful.  Not everyone can have solos or riff every time we play.  Some congregations practice what they call "birthday" Sundays:  This Sunday is your birthday and you have the kind of service you want; the next couple Sundays are other people's birthdays.  The problem is, with individualism, there's no reason to show up on anything except your birthday, indeed there's ample incentive not to show up on other birthdays.

Unitarian Universalist anxiety about power and authority makes it hard for us to welcome and listen to a diversity of interests and passions without being distracted and immobilized.  It makes it hard for us to move forward, "promising our mutual trust and support" for the common good while walking as a community with space for those who disagree.  We cannot grow and deepen and shape a healthy future when we distrust each other and our leaders so deeply.

Sometimes, of course, the distrust of power is legitimate.  Many of us are currently on the fence about the Obama administration's collection of our everyday data without a warrant or even reasonable suspicion.   Many of us would have protested it under the Bush administration, and did when it was initially proposed as part of the Patriot Act but are having a difficult choice because it's easy to fall into the us-vs-themism of radical politics in which our side can't withstand internal criticism.  Similarly, we can't kick too much against the individualism UU worships.  After all, it's worked for us.

It simply will not any longer.  I'm not convinced Muir's prescription--greater emphasis on covenanting and a vision of the beloved community as, in Shirley Strong's formulation, "a society that radically transforms individuals and restructures institutions," is either the answer or even a dam against the erosion we're experiencing.  That may be because I see too much of the problem and, not having a solution myself (although I have ideas), I'm not invested in finding one.  But I am certain that what we have done and what we are doing no longer applies and the longer we keep doing it the less time we will have.  Muir writes:  "Twelve years into a new century, knowing that a storm of social transformation is coming, we are in danger if we continue with the story of iChurch.  But that story is over; it won't take us where we must go."

Not where we want to go.  Not where we think we should go.  Not even where we should go.  Where we must go if our gospel of inclusion and dignity are going to have any effect.  People will continue to be good and noble without attending UU services, of course, but good and noble individuals are not going to do a damn thing when the rest of society have given them up.
Posted by bobby sneakers at 11:18 AM