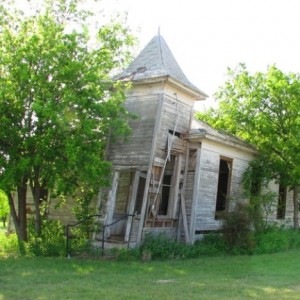 Carl George, a widely read theoretician of a small-group method of promoting church growth among evangelical Christians, has written:

"Some denominations, like the Presbyterians, Lutherans, and Episcopalians, have become captive to the upper middle class.  How does a church keep these often materialistic, high-power people interested and involved?  One solution is to offer them a seat on the church board, or after that's filled, to place them on a significant committee, giving them veto-making authority in order to meet their power needs.  In some smaller churches, up to half the adult membership is involved in one of these groups."

Perhaps this evangelical leader's words raise our defenses with their mention of class, values, and power.  It may bother us to read his sweeping, even accusatory, dismissal of what has become conventional wisdom about new-member retention...I find myself agreeing with Carl George's observations.  People come to our congregations looking for bread.  We tend to give them the stones of busyness and pseudo-power.  Sometimes they return the favor by holding onto that power for dear life, squeezing the stone for blood in all the petty, power-driven ways so familiar in congregations.  They turn the attention and expand the resources of religious community on the wrong concerns, and they damage their own and other people's spirits in the process.  All the while...they keep everything the same...


--from Letting Go:  Transforming Congregations for Ministry by Roy Phillips

There's an old academic phrase that committees are where good ideas go to die, and that the politics of them are so bloodthirsty because the stakes are so small.  Both these are perfectly apt when it comes to congregational boards, maybe among UUs even more so.

I've seen many fine ideas full of wonder and excitement dwell in board limbo for so long and, if they emerge, do so in such a watered-down form, the person who initially suggested them and who might recognize them will have already left the church for somewhere (she hopes) more accommodating.  The sad truth of it is nowhere else will likely be more accommodating:  moving from one UU congregation to another, or even to another liberal church, is no less likely to end up sucking the fresh idea dry.

This is because our boards work best on a representational democratic principle.  While it avoids the excesses of direct democracy--everyone gets to have his say, no matter how long it may take--it nonetheless still requires everyone to speak on it, find issues with it, make suggestions to it, and hack it into portions to suit as many factions as possible before it's funded or agreed to.  To paraphrase Churchill, this is the worst way of operating a board except for all the others that have been tried.

But for me the meat of the quote lies in the evangelist's description of liberal faiths' having "become captive to the upper middle class."  To determine the truth of this look no further than the time a majority of churches offer services.  Is there anyone outside the traditional power base for whom Sunday morning services are best?  Between the needs to work, to drive kids to school activities, to shop for groceries, to spend some quiet shalom time alone or together, to sleep in an extra couple hours, or simply to negotiate the chaos of getting children ready for church, most adults find getting to Sunday services at best hectic and at worst impossible.  I don't know how many times I've brought this up at board meetings at different congregations I've served or visited, only to be told, often in so many words, "This works for us."

Which is precisely the point.  Self-selecting criteria advantage the selectors.  If only men had the right to vote on it, there would have been no women's vote.

That we need boards and people to serve on them is undeniable.  Boardwork is often thankless and necessary.  But we equally need those people to look beyond their personal comfort and the needs of the current members if we want anyone else to attend or to show up more than a couple times.  If we want younger people and families we should meet later in the day.  If we want people who work in retail or service we should meet some day other than Sunday.  If we want people for whom church service is a full-on opportunity to connect with their community we should meet for two hours or more and have a meal together.

What we must not do is continue to pretend church is a one-hour-a-week, Sunday-morning experience that satisfies more than a fraction of the people in a community.
Posted by bobby sneakers at 8:19 AM