the most heartfelt prayer I've ever heard 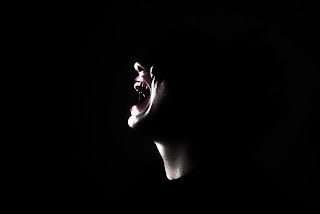 I'm not big on prayer and neither is my denomination.  But on reading this morning about the relation between prayer and the sense one is part of a community, I was reminded of the greatest prayer I've heard.

It was in my last years serving the Menomonie UU.  The adopted daughter of some friends had been killed accidentally in Florida--she'd been struck by a car while walking on the side of the road, a stupid, meaningless accident that leaves a giant hole in the gut because no one, outside maybe God, could be blamed in such an event--and I'd been asked by them to co-officiate her memorial.  My friends and most of their family are UU while the girl herself had been pagan, so the other officiators were representatives of one of the local pagan communities.

It was a good, solid memorial during which many people said many good, solid things.  The melange of faiths, pagan and UU, mixed well (as one would expect since there are many UU pagan groups like CUUPS to help that along) and one by one her friends stepped up to the mic to speak about her.

The mix of congregants was good.  My friends' are deeply involved with the local homeless and punk communities and they were out in force.  Much of the memorial, in fact, was punk-flavored, from the music and the dancing to the clothes many celebrants wore, torn and shredded, reminiscent of the ancient Jewish ritual of rending garments in grief.

One kid, who had dated her years earlier and who had stayed friends and close with her, stepped up to the mic.  He was disheveled and had arrived late, and had been drinking for days.  He was, maybe, 17 at the time.  I'd been warned by my friends that he might be inappropriate because of his drinking, but I agreed that he should be given his chance to have his say.  There had been others, also drunk or stoned, who'd had something to say and their words were no less powerful for being slurred or rambling.

He came up to the alter and sort of gathered into himself.  For a moment I feared he would cry and cry so hard he couldn't get anything out and I would have to lead him away after a moment.  But then he threw up his head and screamed one articulate word:  "Fuuuuuuuuuuuuuuuuuuuck!"

It went on almost 20 seconds and many of the others joined in.  I'd like to say I did too but I was too surprised at the word, the vehemence, and the appropriateness of it that I simply stood there, and looked at them all.  It was like ululation, a wave of "fucks" drawn out and shrieked, and in that moment it was a desperate question put to the universe and a cry against injustice.  It sounded perfectly right.

His rage spent, the kid went back to slouching against the wall in the back.  Another kid walked up to the mic and said more things but I don't remember who it was or what that kid said.  The kid's prayer was still ringing in my ears.

I've kept up with that kid.  He's got an apartment now, a job, got his GED and given up drinking mostly.  I check in with him and he says he's doing okay.  we don't talk about the memorial because we don't have to. he said everything he ever needed to say.
Posted by bobby sneakers at 10:39 AM