In connection with the post I added earlier this weekend this is the order of service I wrote up for an opening worship I conducted last Tuesday for my course in Unitarian Universalist Polity, specifically on leadership and (yes, the need for) meetings.  All numbered references are to the hymnal Singing the Living Tradition. 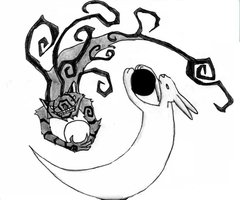 I always thought of myself as comfortable in chaos.  As most of you are aware, I was homeless for three years and that is often the epitome of becoming comfortable with chaos.  I sympathize with anarchists, understanding the pull for tearing down a corrupt order to be reconfigured by new, more humane means.

But even within my chaos I’ve sought regularity.  While I was homeless I had two fixed acts:  I had to shave every morning and I had to brush my teeth twice a day.  These were unalterable.  I never knew who I might meet.  While protesting the 2008 Republican National Convention with the anarchists I got into a screaming match with a black mask over his upending a newspaper kiosk into the street, insisting, “This is not what we do!”

And I have dogs and cats.  There is little more appealing to allowing chaos to reign than dogs and cats.  Everyone knows the iconic figure of the crazy cat lady.  Less well known perhaps but similar is the dog hoarder.  We read stories about these people—dozens of cats, many of them dead, removed from a house reeking with ammonia; packs of dogs kept in a basement whose floor is inches deep in feces.  Both of these accept or maybe give in to the call of chaos but there is nothing healthy about either them or the animals they presume to help.

I understand the large hearts of people who would let their animals “just be.”  Just be a pack, just be alive, just be animals.  But imagine feeding time, even among animals who have among themselves created their own effective way of governing themselves as a body, because unless they’re free to roam outside at will there must be someone who provides them with food.  Imagine letting them outside, because unless there is a flap allowing them instant access to the outdoors at all times there will be a constant stream of ins and outs and a Three Stooges-like pileup of several trying to get through the door together.  Imagine when one gets sick, because unless there is someone to minister to that animal or take him to the vet it is very likely that the animal will die.  Or if he has standing in the pack torn to pieces by the other members sensing weakness and a chance to move up.

Within chaos there must still be order.  There must be agreement, there must be rationale, there must be a sense that someone is in charge.  While there is great disorder in the universe—we don’t know that anyone is in charge in the larger scheme, and many days it seems that if anyone is she has a nasty streak a mile wide—there are also pockets of certainty.  When we come together as one body we know that someone will greet us with a smile and a kind word.  When we confess our fear or weakness we know we will receive an open ear and a hug.  From the chaos of congregational life a group will come together to make certain the lights come on when we flip the switch, the heat comes on in the winter, the floors get swept, the dishes get washed, the grass cut, children given something to learn, an ad appears in the local paper, sick people are visited,  injustice is addressed.  To make certain that when we come together as one body there will be someone there to stand and lead us and who we will listen to and whether we agree with her or not whose wisdom we consent to.  For the sake of something greater than ourselves we come together.  We would be one, dwelling together, seeking truth, helping one another.  Within the chaos order is struck.

"Our service together is at an end.  May your individual services continue."
Posted by bobby sneakers at 8:34 AM