the banality of enlightenment 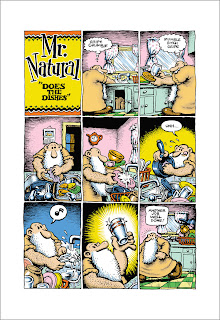 One of the most profound bits of information to have an impact on the way I view the world was an article I read in the late 80s that reported that scientists had calculated that there was exactly as much matter present in the contemporary universe as there had been moments after the Big Bang.  This suggests that there is no destruction, finally, that everything continues in one form or another.  A kind of reincarnation, if nor exactly as the Hindus or the Buddhists have it.

This morning I started violently from a dream that was all Japanese characters and and symbols and requires I think a Japanese imagination to parse it, but I understood it all in my dream.  The upshot was that I was a harbinger of some sort, an icon who recognized in others their specialness and my touching them brought that specialness to fulfillment.  It was very comic book influenced and full of allusions to icons that I knew in my dream and that made sense there.  Ultimately, the icon I was at the beginning of this dream, a daughter killing her father, I became at the end, my daughter killing me.  I don't remember the personifications between those two but it doesn't matter.  I woke with a sense of both the impermanence of life and the permanence of--well, I don't know what to call it.  Existence?  Being?  Soul?

It all seems very banal now, drinking cold coffee and typing like a fiend, my head down and recalling my finger exercises from 10th grade's typewriter training in order to put this down.  Even minutes after waking, splashing water on my face and noticing the birds eating the seed I leave out for them, it didn't seem to matter.  That may be the thing about it, though.  We are always expecting epiphany to have life-altering consequences and a booming voice out of the clouds and it may be that it is the mirror image of Hannah Arendt's "banality of evil":  call it the banality of enlightenment.  It comes, not with a mighty wind or a cracking like an inner egg opening and the chick of new information peeping out, but with cold water across the face and the familiar tired, unshaven face staring back, and the gentle words "of course."
Posted by bobby sneakers at 5:41 AM